My first day of class (at UTK) was last week. I was excited that the first day went well; it was a good start to teaching in a new setting (and to teaching a class that is new - to me). Like anyone in my position, I spent a lot of time thinking about the first class. Some notes here in the case that others might find them relevant/at all useful:

That was pretty much it; the assignment was open-ended. And, it worked well; it gave students a chance to share what they thought (and to think about the best way to share how) and to develop some initial ideas about the scientific and engineering practice of modeling. Students returned to their models in the next class to sum up changes that they would make (later)

Thie activity also led into more general conversations about how no model is perfect, whether it’s those developed in class or those that are (explicitly or implicitly) the models of science teaching and learning advanced in recent science education reform efforts, such as the Next Generation Science Standards (Nationally) and the Tennessee Academic Standards for Science (new statewide for 2018).

Here are a few of students’ models: 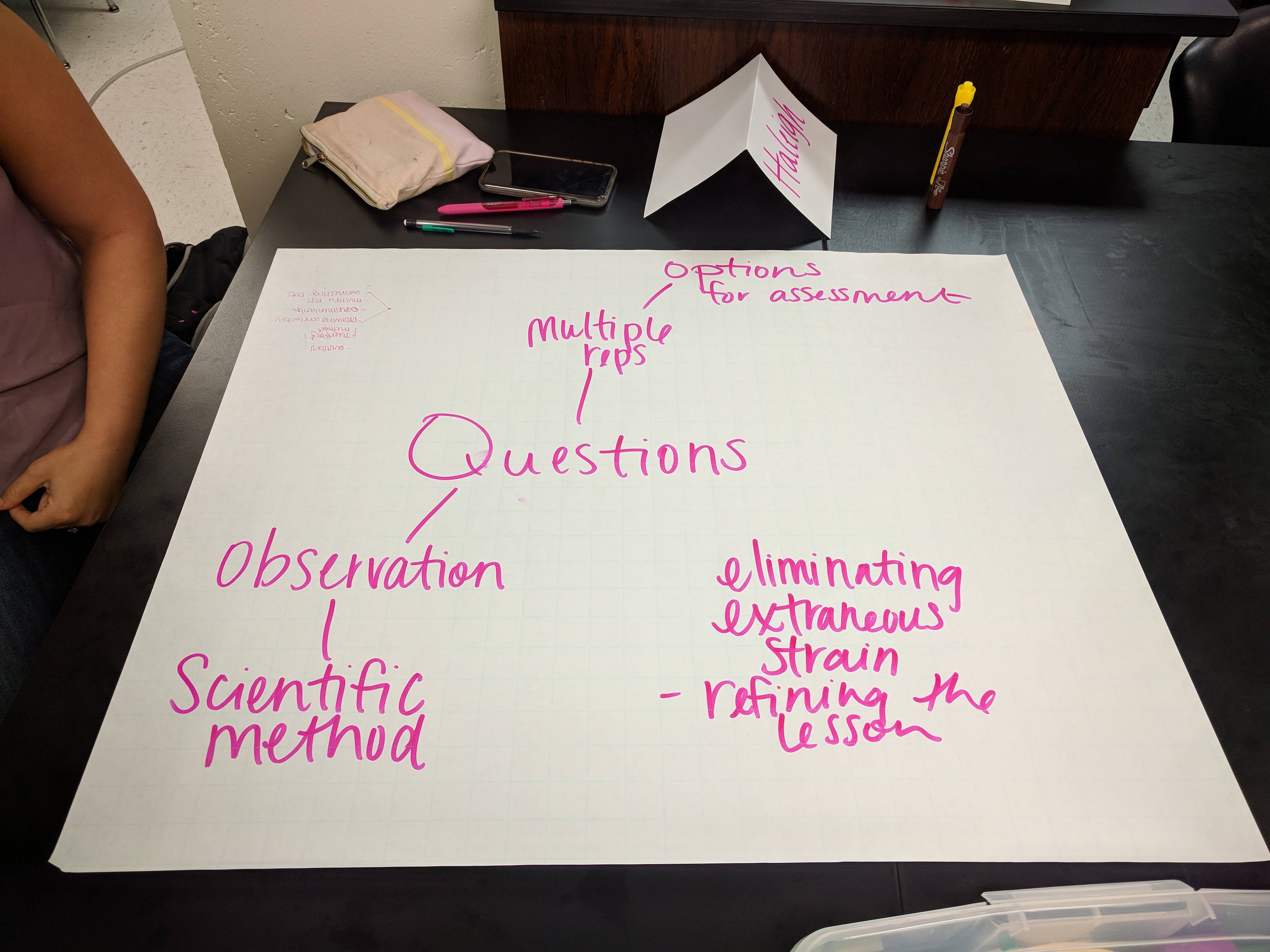 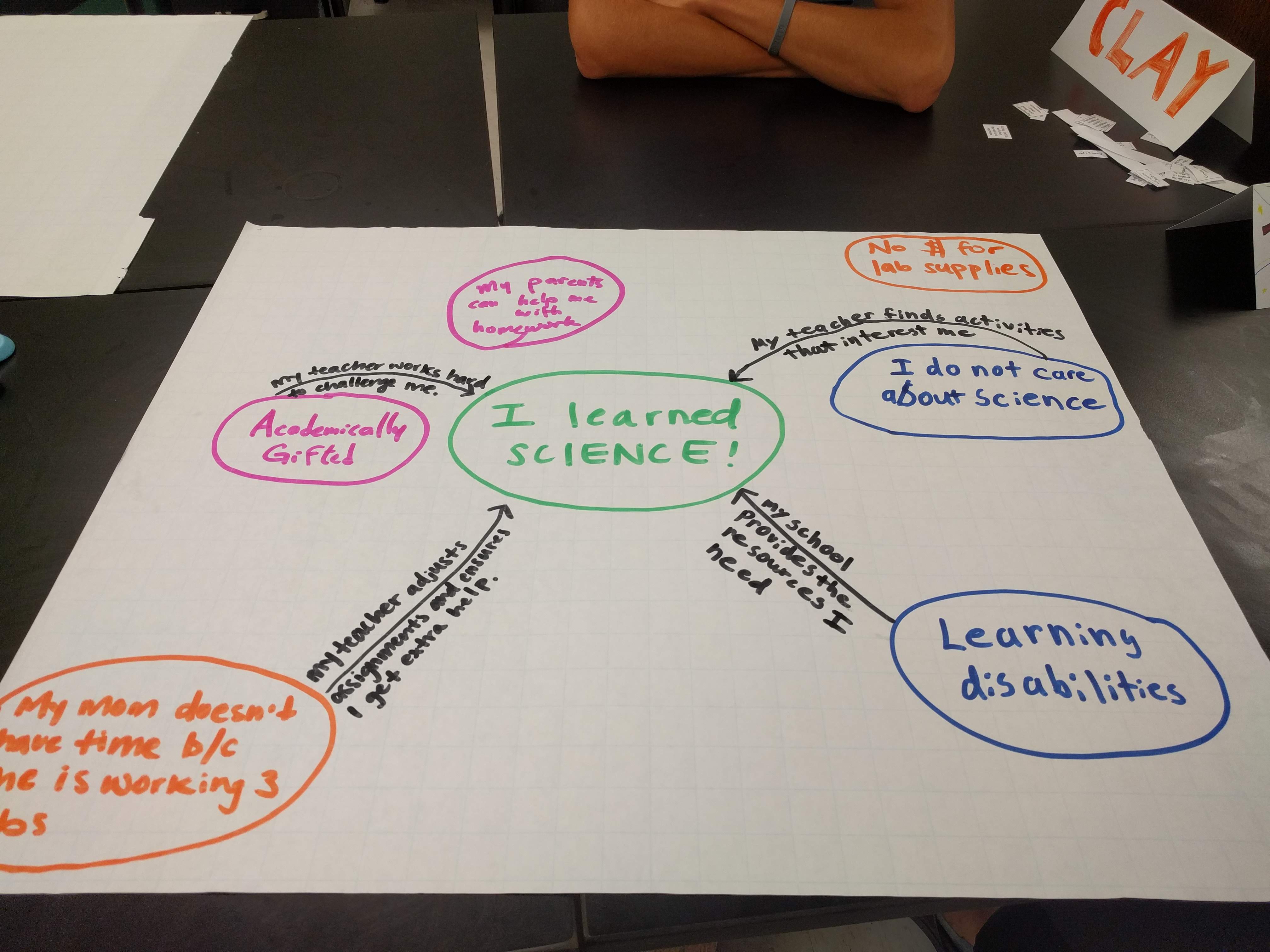 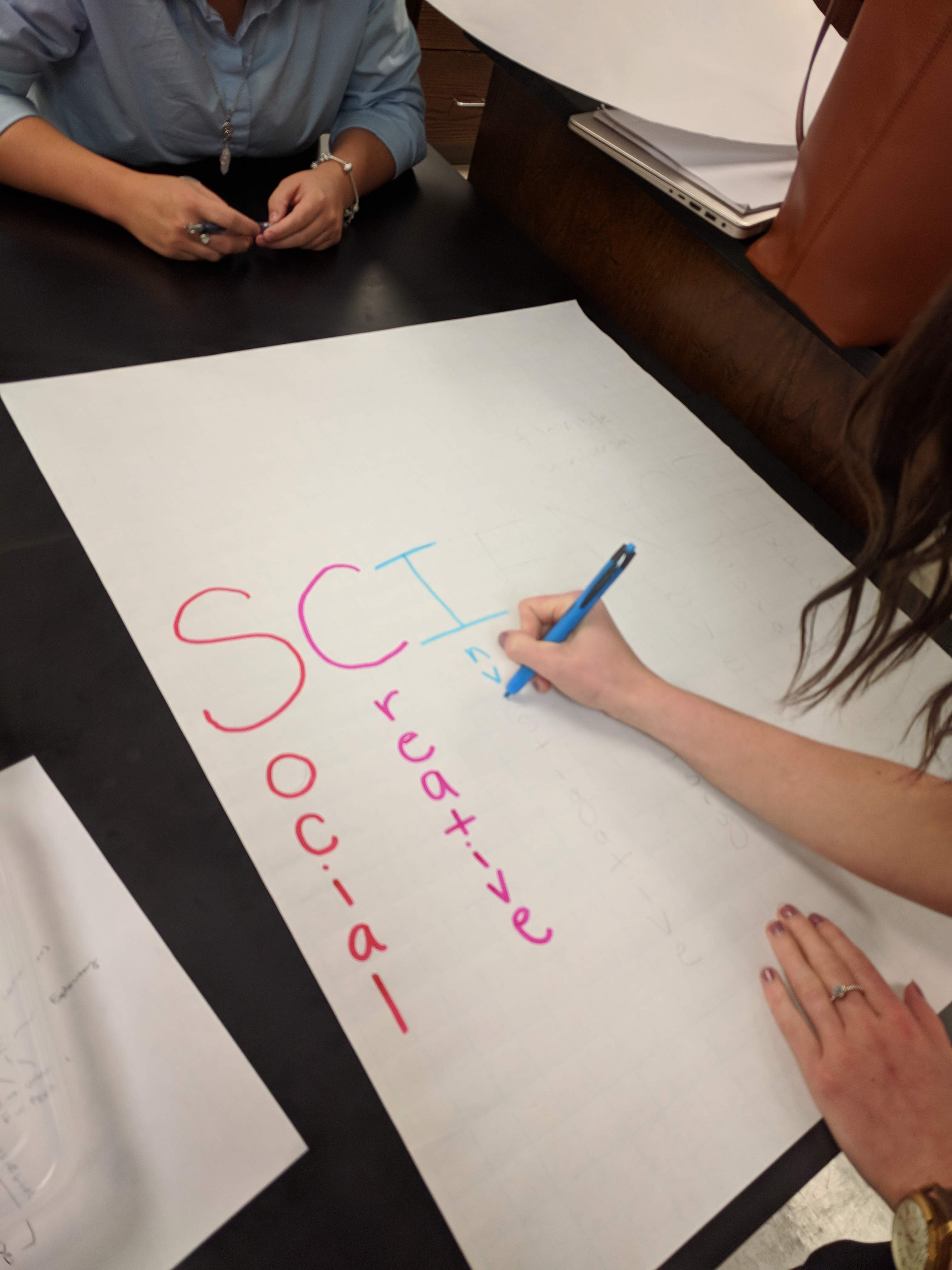 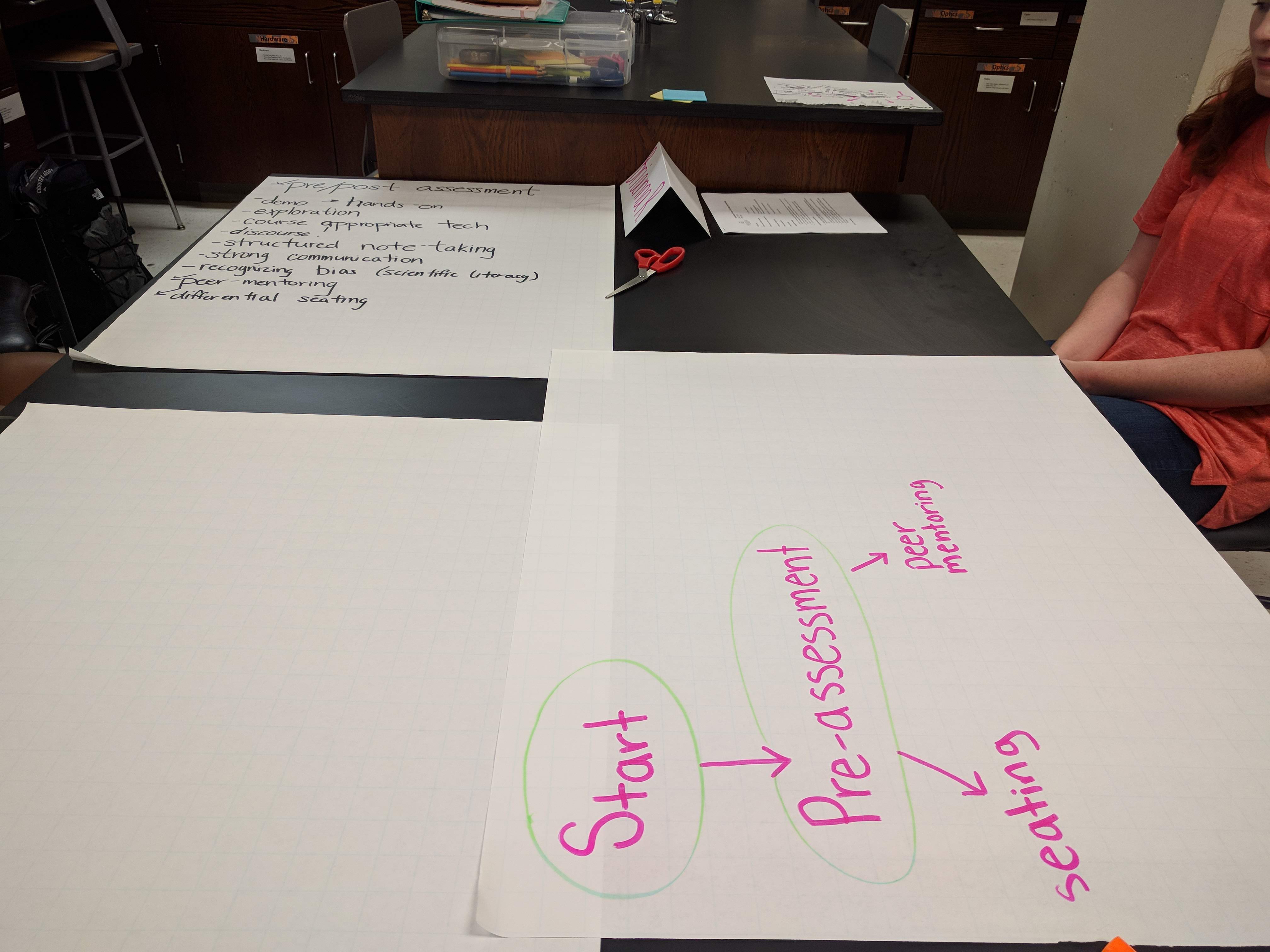